How is the project operated?
split/fountain is an artist-run project merging at least three forms of production and dissemination: art, design, and print, operating variously as a design studio, project space, curatorial office, niche publishing house, online bookshop, and pocket-scaled laboratory for urban aesthetics and collaborative thinking. We work with artists as well as designers and architects, and have our own publishing imprint, producing publications, newspapers and artists’ editions. With a special emphasis on printed matter, split/fountain aims for an experimental exploration of the gradations between commerce, art, ideas, and material thinking.

How long has it been in existence?
split/fountain was founded in 2009. Initially, we operated out of a storefront space in a historic retail area of the city, next door to a laundromat, in the vicinity of a numerous galleries and artist run spaces, the New Zealand Prostitutes Collective, and the largest concentration of adult shops in the city. In 2012, we moved to the second level of a commercial office building on the city fridge. We were the same but different project, re-thought for a different location. split/fountain started out as a bookshop but has evolved considerably over time to have an increased focus on publishing, exhibitions, events and research. In contrast to the retail store, our new office space is considerably larger, and its architectural neutrality has encouraged a far more experimental approach by artists and designers who have subsequently produced work in it.

What was your motivation?
I co-founded split/fountain shortly after returning to New Zealand to live after eight years off-shore. I studied graphic design in the Netherlands, then moved to the USA to take up a design fellowship post at the Walker Art Center in Minneapolis. When I returned to Auckland in 2008, my immediate response to the local situation was that there appeared to be a paucity of independent publishing projects that encouraged and sustained open criticism around design. In Europe I encountered a breadth and depth of design practices that didn’t exist in New Zealand at that time due to our small population size. split/fountain was founded as a platform for facilitating collaborative projects and for presenting art publishing happening both locally and internationally. Although initially based on international models1, the project has developed in unexpected ways due to the unique local conditions in Auckland. When first conceptualising of split/fountain, I was interested in developing a project that could remain in a state of transition, continuing to evolve and make regular changes in response to a particular project’s requirements. An important reference was Marcel Broodthaers’ itinerant Musée d’art Moderne, Department des Aigles2, a nomadic, temporal space that only existed in the time or place where appropriate conditions allowed for one of its ‘sections’ to take place.

The notions of flexibility and agility certainly motivate split/fountain; we see this as enabling discussion across disciplines, and the ability to connect but also to disconnect in various scenarios. Currently, split/fountain is in a transitional phase and we are focusing primarily on publishing and research – although there is a plan to take up more exhibition projects in the future. We are considering the challenges that new technology presents to printed matter, and the physical book, the relationships between physical form, documentation and digital reproduction, and we are interested in exploring new ways to interactively organise, compile, activate, exhibit and circulate knowledge and information related to the split/fountain programme.

How are programs funded?
split/fountain’s strong focus on design and publishing has given us a point of difference from other galleries and artist-run spaces in New Zealand. This has contributed to our success in obtaining funding support from Creative New Zealand – New Zealand’s arts funding agency – as well as private sponsors, arts patrons and universities. split/fountain generates some income through sales of publications and artworks but this goes back into the project to cover installation materials, events, printing, and running costs. Because split/fountain has always maintained limited opening hours, sales alone do not cover all expenses and artists and designers involved in the project have always made contributions towards materials and exhibition costs. Initially, I managed the organisation and running of split/fountain with a design job at Auckland War Memorial Museum Tamaki Paenga Hira. However, a few years ago I left that position, and have since launched a design studio called Narrow Gauge, which now operates full-time out of the split/fountain office. Alongside client work, Narrow Gauge designs the majority of split/fountain publications and covers rent for the space. 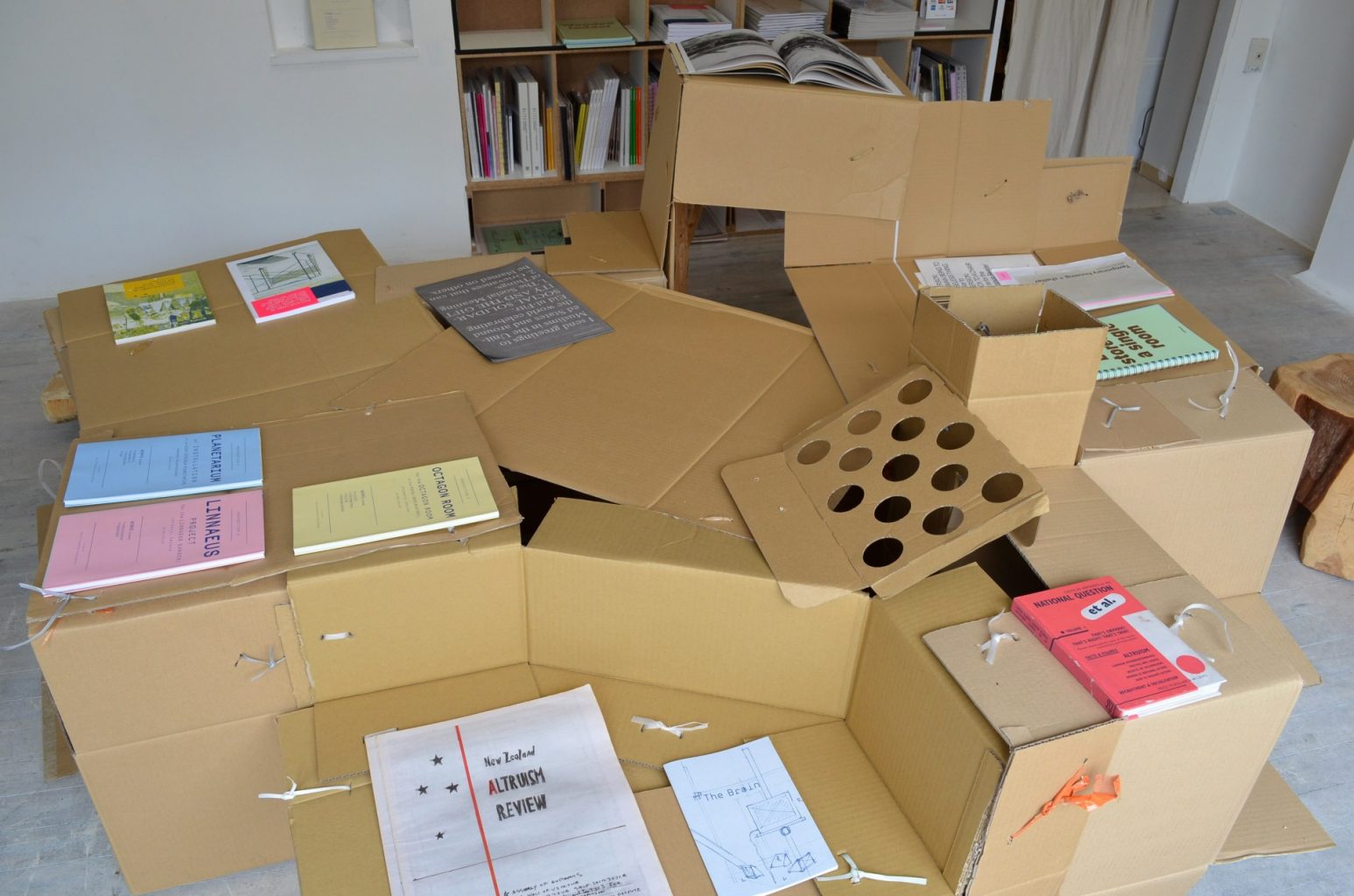 Who is responsible for the programming?
I (Layla Tweedie-Cullen) am a co-founder and the director of split/fountain3, and the main initiator and coordinator of exhibitions, events and publishing projects. However, collaboration is an important aspect of our programme and over the years there has been a wide range of artists, writers, designers and architects involved in different ways and with various projects. Regular contributors include Allan Smith who has worked with split/fountain since 2012 as co-editor of the ongoing, occasional split/fountain publication series distracted-reader, artist Xin Cheng4 who has participated in numerous exhibition and publication projects; and Seattle-based designer Jayme Yen, co-curator of a number of nomadic split/fountain exhibition projects including one presented at the International Biennial of Graphic Design in Brno, Czech Republic, and a regular collaborator on the design of split/fountain publications.

What is your artistic/curatorial approach?
split/fountain presents work that is cross-disciplinary and operates at the point of intersection between art, architecture and design. Publishing is a significant part of the programme and plays a central role in communication and engagement with a wider audience, both in New Zealand and internationally.5 Exhibitions we present often include a publication document as integral to the project. These are not intended to be an exhibition catalogue in the conventional sense, but rather aim to present material in such a way that it becomes a parallel project. Design is both content and context (the medium is the message and the message is the format). In some instances, documents are produced collaboratively to create connections between people, or ‘performed’ through the production of a document at a specific site. Here, significance is given to circumstances and processes surrounding production, including the methods for making something public. We also present nomadic exhibitions both in New Zealand and overseas6 that use transience as a methodology for generating change and new ways of thinking. These projects enable us to reach diverse audiences and participate in a wider cultural dialogue. split/fountain collaborator Allan Smith sums up the split/fountain approach when he writes:

“I am not alone in believing that some of the most inventive and widely relevant arts experimentation and discovery is going on in the merging fields of design, print culture and architecture. Some of the most interesting art and design stems from this matrix – and it is from this energised and adaptable basis that the whole split/fountain project develops. Fine art on its own rarely matches the conceptual and physical mobility that current print culture and project oriented graphic design so effortlessly attains. It is almost as if projects like split/fountain, and other international equivalents, are more able to keep the early modernist aspiration for working within society to transform its languages, attitudes and ways of living, that fine art on its own has been able to do for a long time.” 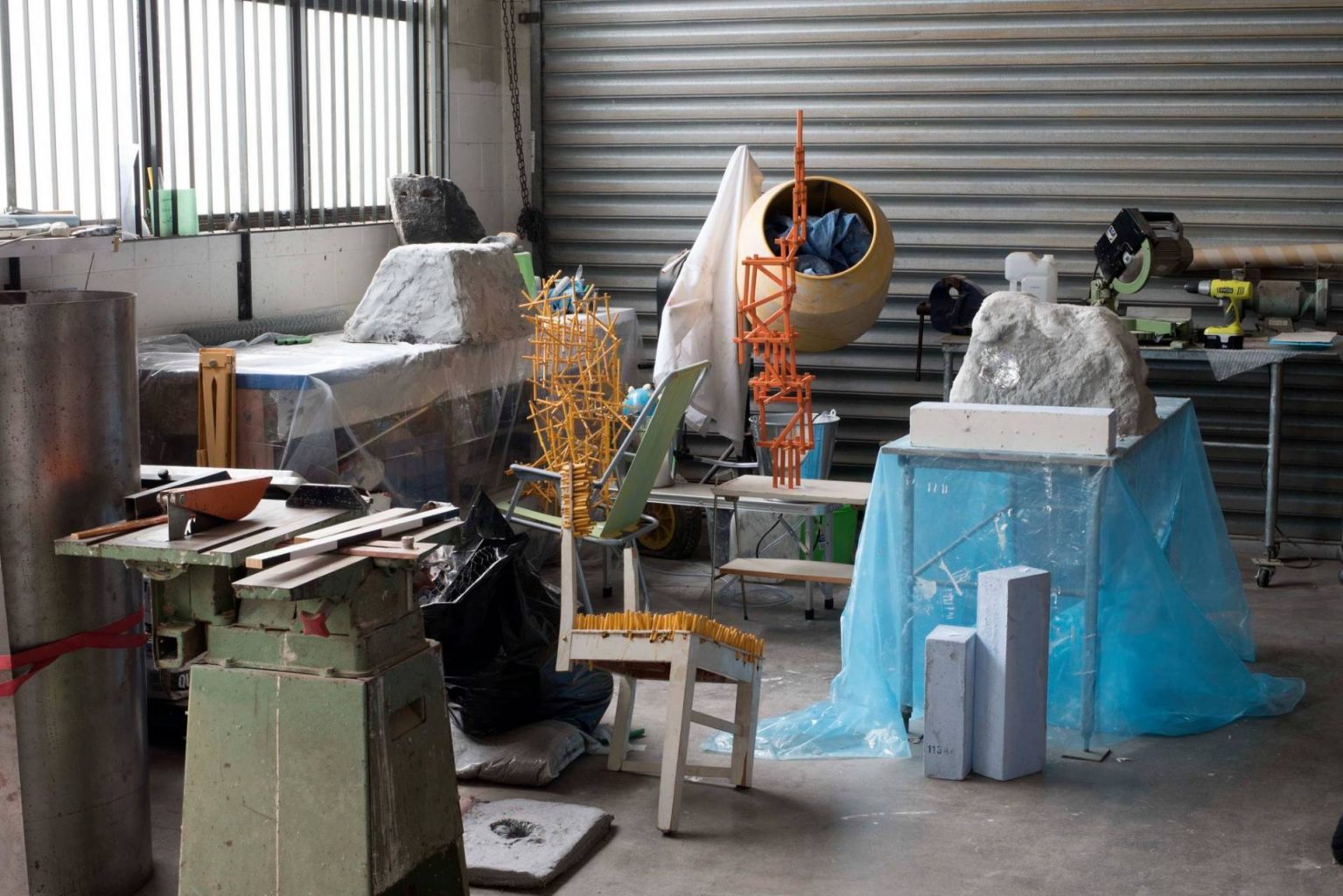 What kind of role do you hope to play in your local art scene or community?
split/fountain aims to promote thinking as making, and print design as speculative thought, reading as a form of collaboration to encourage artists and designers to break down the boundaries that exist around the theories, practices, and philosophies of art, design, and architecture. We’re a physical location and a mesh of metaphors.

What idea are you most excited about for the future?
I’m currently working with a found body of knowledge of national significance: the artworks, drawings, photographs, unrealised projects, negatives, workbooks, research, and ephemera of New Zealand artist Paul Cullen (1949–2017). Collected, produced and accumulated by Cullen over a period of more than forty years, this material dates back to his art school days at Ilam School of Fine Arts in Canterbury, New Zealand during the 1970’s. Through a practice-led design process, involving cataloguing, intervening, selecting, publishing, activating and revealing, this research will offer a contribution to how an expanded understanding of a digital and analogue archive might operate. It will consider the concept of the ‘living archive’ as something constantly evolving. My aim is to find ways to articulate this found body of knowledge and present a series interpretations of the archive as both printed and digital manifestations.

Banner photo: “The Newspaper Reading Club Daily (happening)” by Fiona Connor and Michala Paludan performed on The Loft was Made for No one (installation) by Blaine Western and Michael Parr (2012).

Image courtesy of artsdiary.co.nz. Other images courtesy of split/fountain.  This profile has been published in partnership with Temporary Art Review.

View all posts by GidiS →